The Tomatoes are Coming!

At this time of year, tomatoes are coming into season and you can pick them up pretty darn cheap at the markets, even if they're not as bright and shiny as the ones you might get at the supermarket. There isn't a better time to pick up a few kilos of ripe tomatoes and make yourself some pasta sauce.

Unlike my first (hilarious) attempt at making a pizza/pasta sauce, this one turned out all right. I decided to use the crockpot, and it worked a charm. 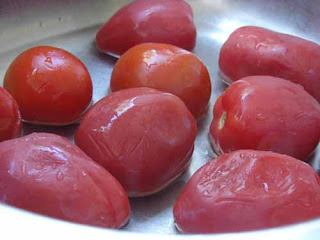 First off, score 10 tomatoes with a sharp knife and pop them into a bowl of boiling water. After a few seconds, drain and place in a bowl of iced water. 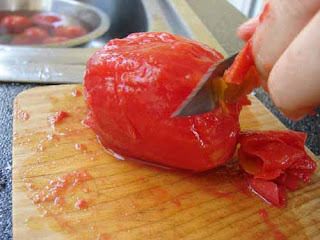 The skins will then easily peel away using a sharp paring knife. Roughly chop/mash the tomatoes and place them in the crockpot. 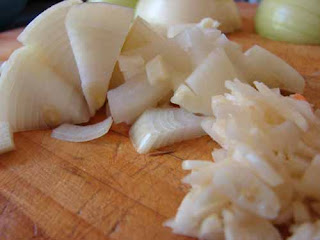 Chop 2 onions and 6 cloves of garlic, and add these to the tomatoes, along with a dram of olive oil, some freshly ground salt and pepper, freshly grated nutmeg, and 2 T of brown sugar. 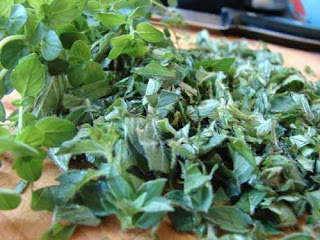 Add another 1/2C of fresh chopped herbs. I used Oregano and Thyme straight from the garden. 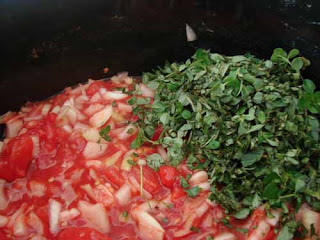 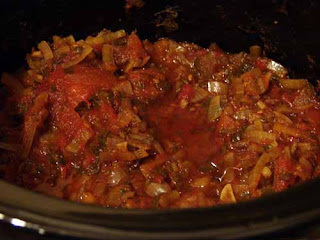 Stir occasionally. Taste and season with salt and pepper as required. 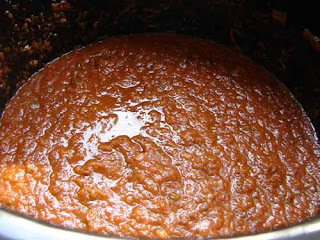 Once the cooked sauce has cooled, blend it up. I use a stick blender, just because it's easy. Make it as smooth or as chunky as you like. 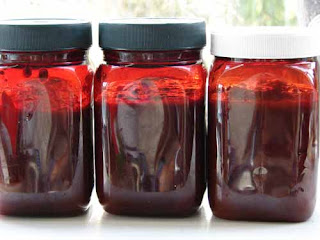 Pour into freezer-proof containers and put aside until you need them. You can also use this recipe for pasta sauce, just cook and reduce for a bit longer and blitz right down to a fine paste before storing. 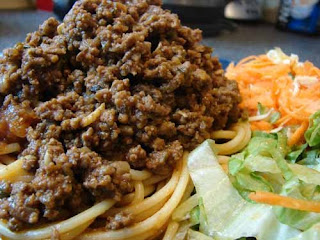 And here it is in action; bolognaise with beautiful homemade sauce. I tend to stir half the jar through the meat and half through the cooked pasta just prior to serving. Lovely stuff.
Posted by Dan at 10:00 PM

Reverse weather...we're freezing here in the U.S. with snow past my boots...I wish I could have tomatoes but I will have to wait until our summer.

Oh, Patrice, I so agree. Tomatoes in the store taste like nothing. Tomatoes straight out of the backyard garden are as good as they get!