A Curry Odyssey Episode 2: How Not To Make Naan Bread

Nothing makes a curry go down better than a nice, fresh, hot naan bread.

I don't know how I got it into my head that I could make good naan bread, though. Particularly not when I went with the first recipe I found, which was on a site specially for New Zealand's Over 50s. (On that note, I went to buy spraypaint at Repco today and got asked for ID, to prove I was at least 18. Not many 31-year olds have that honour.)

I should've been suspicious of the apparent simplicity of the recipe, and the lack of any real detail of the important techniques required to make it come out right.

I also might've failed to read and follow instructions very well, but you're probably aware by now that following recipes is not my strong point.

So I'll spare you the details, and just lament my failure on this one. If anyone can point me in the direction of a good naan recipe, with complete and helpful instructions, I will be eternally grateful.

Because curry without naan is a bit like a burger without beetroot - what's the point?

(To all of you non-Kiwis who don't get the idea of beets in burgers, you really need to try it. Seriously. Yum.) 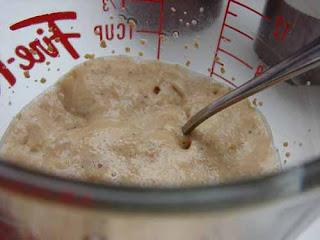 I started with real yeast... 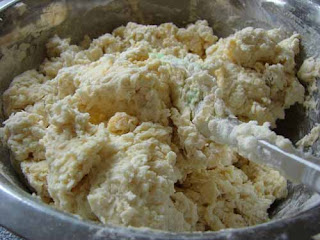 mixed up all the ingredients, including flour, yoghurt and egg... 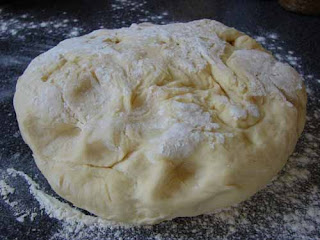 kneaded it the old fashioned way, at which point I realised I could have used the breadmaker like I usually do... 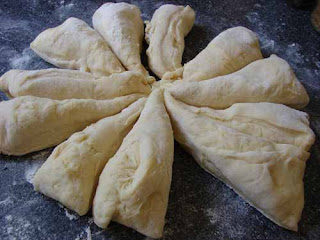 let it rise, and then cut it into triangular pieces...

at which point it all went wrong. 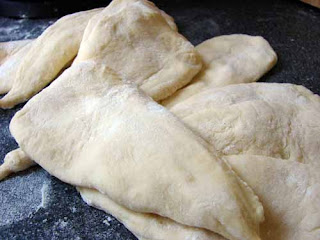 Mainly I think this had to do with a lack of rolling, because I somehow thought that even though the breads at this stage were short and fat, not long and skinny, they would somehow magically become long and lean and luscious like a naan should be.

Also, my habit when making bread is to handle the dough as little as possible at this stage so as not to make it go... er... flat. Yeah, my mind really wasn't in it. 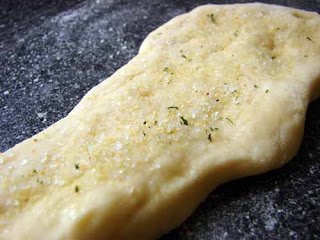 I even sprinkled them with garlic salt and olive oil, in the hope that they would miraculously turn out how I envisioned them. 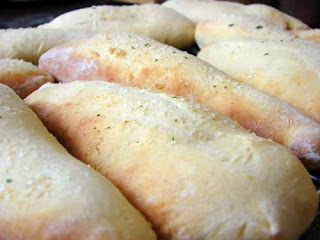 Ideally, a naan is oily and chewy and a little bit crunchy and should look something like this:

When my naans look like this, I'll be happy. Thanks to Mr Malique for the image (Copyright Mr Malique). Meanwhile, I've got some nice garlicky short loaves in the freezer which might make nice sandwiches...

So, the Curry Odyssey ran into its first hurdle, but though we stumble, we shall not fall. Onwards and upwards, I say. And thanks to everyone who has sent me recipes so far. I will get to all of them, I promise.
Posted by Dan at 8:31 PM